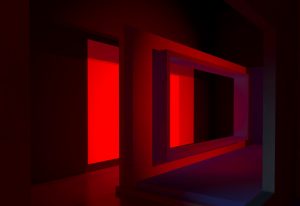 For this jubilee exhibition Vive le cinéma! (from February 10th through May 9th 2021), EYE and the International Film Festival Rotterdam asked five major film directors from five continents – Jia Zhang-ke (Asia), Lucrecia Martel (South America), Nanouk Leopold (Europe), Lemohang Jeremiah Mosese (Africa), and Carlos Reygadas (North America) –  to make a work that exploits the potential of the three-dimensional exhibition space instead of the two-dimensional cinema screen. For some of them, this is the first time that they are creating a cinematographic installation that explores the boundaries of their own work and the art of film in general.

The exhibition want to highlight filmakers’ unconventional exploration of cinema language, in the form of what is called experimental or expanded cinema. It is notable that over the past two decades the fringe area between film and visual art has gradually become less clearly defined. Not only do many visual artists make use of the medium film, but conversely, more and more film directors are discovering the use of three-dimensional space instead of the two-dimensional cinema screen.

The exhibition is accompanied by a program of films, discussions and other activities, which will take place digitally when the museum has to remain closed. On February 5th, EYE launches a digital kick off: a program with short documentaries on the directors.