This year marks 110 years since The Balkan Wars (1912-1913). The Bulgarian National Film Archive (BNFA) will commemorate the event with a digital restoration of the film The Balkan War (1913, dir. Alexander Ivanov Zhekov). The film is a unique visual document of this important European military conflict. The presentation will include original audio commentary by film historian Petar Kardjilov and new original music.

The world premiere screening of this restoration will be held in BNFA’s cinema ‘Odeon’ on Tuesday 13 December 2022 as part of ACE’s A Season of Classic Films. The event will be recorded and uploaded on BNFA’s YouTube channel for free online access until 31 December. 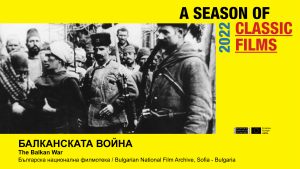 In the course of the First World War, Europe has gradually established means and methods in filming military actions. In 1912-1913, when this film was shot, footage of direct combat was rare.

As film historian Petar Kardjilov notes, “Only a few films in Bulgaria’s film making are said to be legendary. One of them is The Balkan War. It is a well preserved and unique cinema document of military conflict of recent European history. The Balkan War was one of the first large-scale armed conflicts after the beginning of the cinema age. It was a media event and film played its important part.”

* Free cinema screening: Tuesday 13 December 2022 at 18:00. Free tickets can be picked up at the ticket office of the Odeon cinema on the day of the screening.

* Free worldwide online premiere: The event will be recorded and uploaded on BNFA’s YouTube channel.

END_OF_DOCUMENT_TOKEN_TO_BE_REPLACED 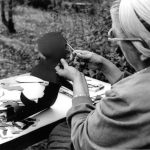 Association des Cinémathèques Européennes – ACE and Creative Europe MEDIA join the celebration of the International Animation Day on 28 October, a perfect occasion to spotlight the magnificent contribution that the ‘grand dame’ of animation – Lotte Reiniger (1899 -1981) – has made to the field with her oeuvre of pioneering silhouette films.

To ensure that her legacy lives on, the DFF – Deutsches Filminstitut & Filmmuseum, is currently working to restore eight films from Reiniger’s early work. The films will premiere in a free screening with live music on 14 December, as part of A Season of Classic Films, an initiative by ACE that features free screenings of restored films and parallel activities across Europe to attract younger audiences to our shared cinematic cultural heritage, supported by Creative Europe MEDIA. Details about the screening event at DFF to be announced soon.

About the International Animation Day 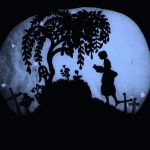 Starting in France with 120 locations, ASIFA now coordinates and helps promote activities in more than 50 countries all over the world, putting the art of animation in the limelight in a global worldwide celebration of animation. Find out what’s happening this year at http://iadasifa.net/.

END_OF_DOCUMENT_TOKEN_TO_BE_REPLACED

Johan van der Keuken (1938-2001) was a man with an exceptional double talent, who filmed with a photographer’s eye and shot photographs with the eye of a filmmaker. Eye Film Player showcases the entire film oeuvre of Van der Keuken in the collection, from the classics Blind Kind (1964) and Beppie (1965) to his later work, including the now internationally celebrated documentaries, such as Amsterdam Global Village (1996) and The Long Holiday (2000). Eye Filmmuseum is currently devoting a major exhibition to the work of Johan van der Keuken (on display until February 5, 2023). Until February 5, Eye will publish two Van der Keuken films monthly on the Eye Film Player.

Eye Film Player is also the perfect place to discover The Forbidden Quest by Peter Delpeut, a magical story of the sole survivor of an expedition to the South Pole built with historical silent film footage. A compelling adventure film about murder, cannibalism and mystic salvation, a new digital restoration of the film by Eye is now available to watch free of charge worldwide. With films such as Lyrical Nitrate (1991), The Forbidden Quest and Diva Dolorosa (1999) Peter Delpeut –a former film programmer at Eye Filmmuseum– set a standard for working with archival sources. The old, restored pieces of film are presented as relics of history; their presence in the film archives inspires a stream of new narratives, representing a dynamic approach to the beauty of our filmed past. 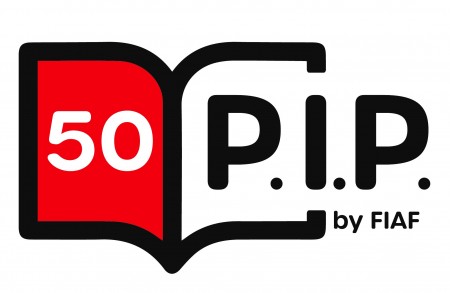 his year FIAF celebrates the 50th anniversary of their Periodicals Indexing Project (P.I.P). To mark this milestone, the association has commissioned a special celebration book, which will be presented during a two-day event, that will be held 22-23 September in Copenaghen at the Danish Film Institute.

Other than the book presentation, the event will also feature an indexing workshop and a symposium (only open to members of the FIAF Community) – organized in collaboration with the FIAF Cataloguing and Documentarion Commission. 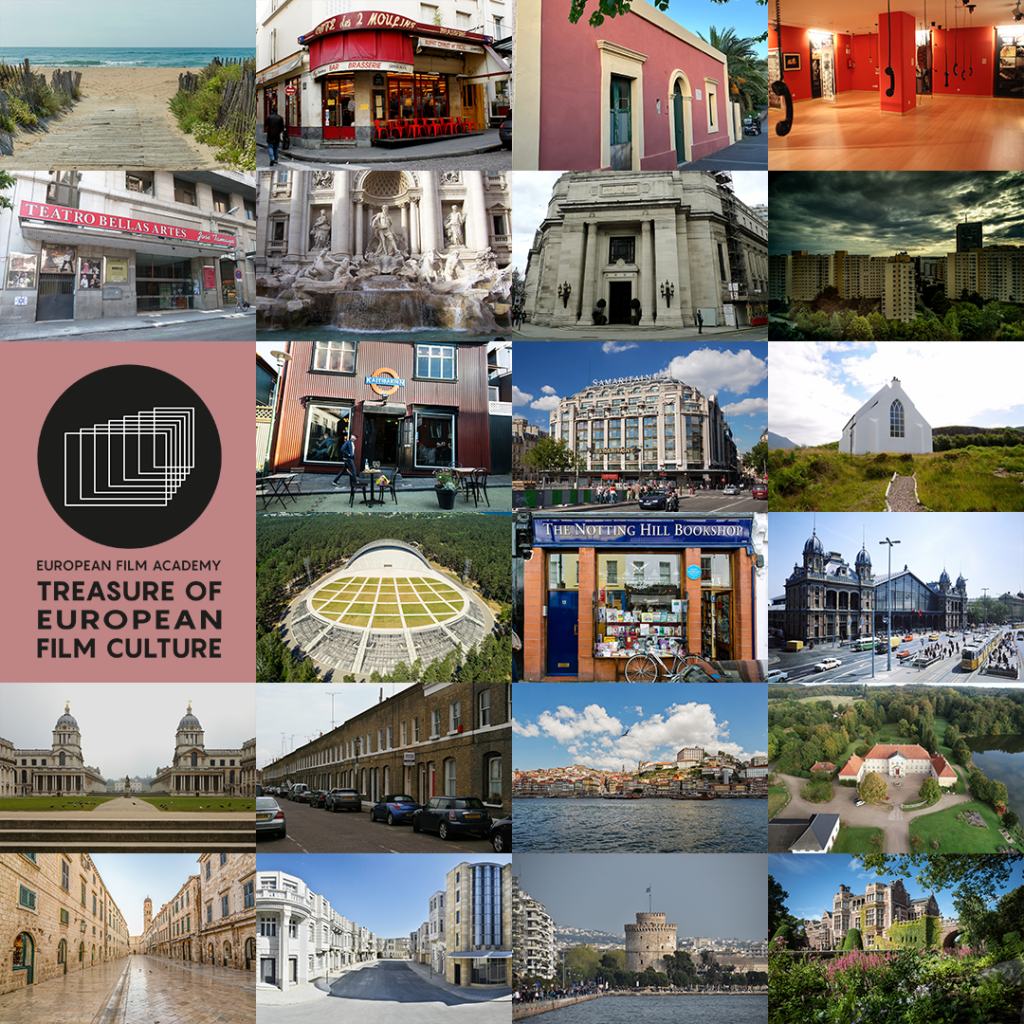 The European Film Academy is broadening its scope and embracing European cinema from the classics to the contemporary to celebrate the rich and diverse film heritage of Europe. This will, of course, include the work of the honorary award recipients, such as the European Lifetime Achievement and the European Achievement in World Cinema awards, going in 2022 to Margarethe von Trotta and Elia Suleiman respectively. From this year onwards, it will also focus on special anniversaries or specific theme programmes all relating to European film.

For this reason, the European Film Academy has set up a new European Film Heritage department, led by Pascal Edelmann. As a first step, the European Film Academy has been building up a pan-European film heritage network, where cinematheques, film archives and institutions can share information on anniversaries of filmmakers, films, institutions, or specific themes relevant to the cinema history in the various European countries and regions. From now onwards, the Academy aims to actively connect various initiatives and make them much more widely known among lovers of European cinema.

As one of the new department’s first activities and in light of this year’s 35th European Film Awards, the Academy adds another 22 places to the TREASURES OF EUROPEAN FILM CULTURE, increasing the total number to 35. The Treasures is the Academy’s list of places of a symbolic nature for European cinema, places of historical value that need to be maintained and protected not just now but also for generations to come.

The European Film Awards’ ceremony will include as always an “In Memoriam” sequence, a tribute to all those colleagues who have passed away since the previous edition. If there are any filmmakers to include in the context who haven’t been mentioned to EFA so far, please send their names their way. 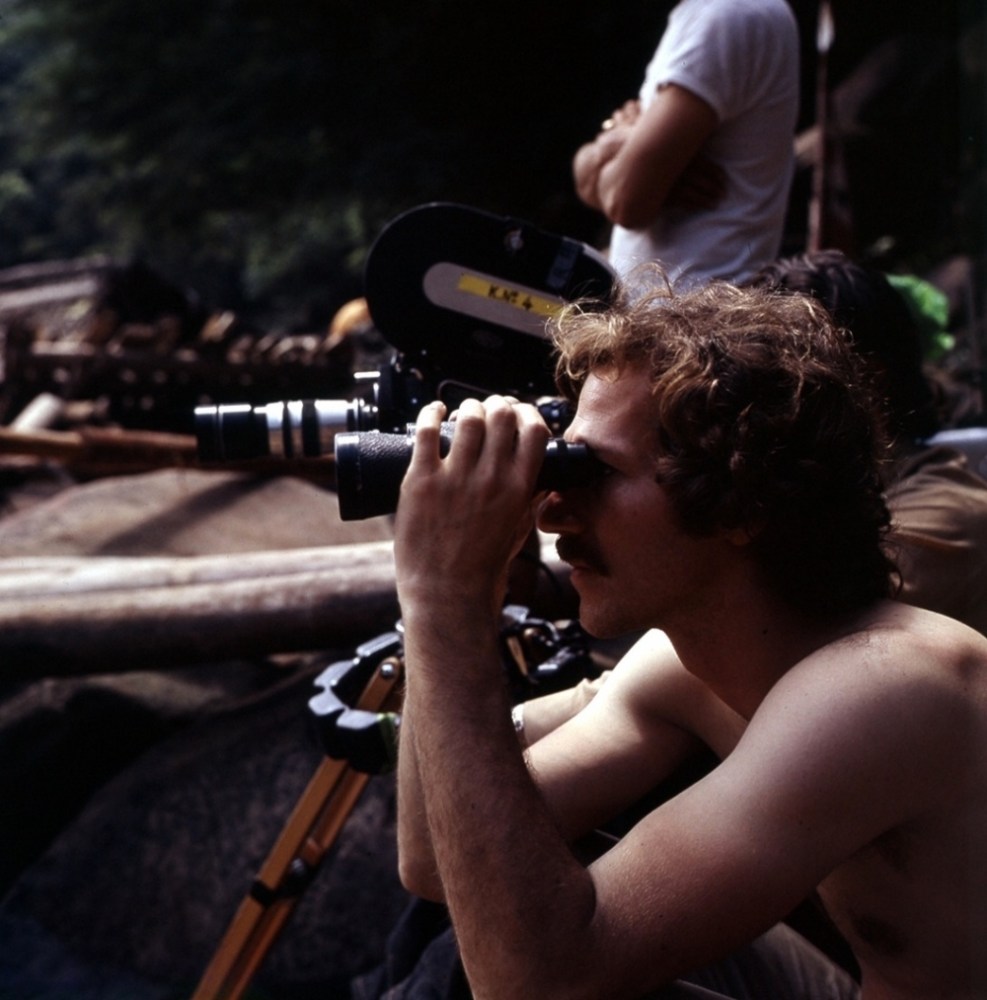 Since 2015, the Film Restored Festival has been dedicated to film heritage in the digital age. Digital restorations celebrate their premieres here, filmmakers and restorers  report on practical aspects of digitization processes, and experts discuss relevant political and aesthetic questions.

The seventh edition of the festival, titled “For real?!”, explores the numerous layers of the documentary form, whether they are aesthetic, political, or technical. It takes its cue from the 80th birthday of exceptional director Werner Herzog on 5 September, who has constantly tested the boundaries between fictional and documentary representations in his work and who has set international standards with his films. Over the course of five days, the festival will shed light on the aesthetic, political, and material layers of the documentary form in film history.

In addition, by choosing this theme, Film Restored aims to draw attention to the vast documentary film history from all around the globe, which have so far hardly been considered in the context of film preservation and digitization efforts.

END_OF_DOCUMENT_TOKEN_TO_BE_REPLACED 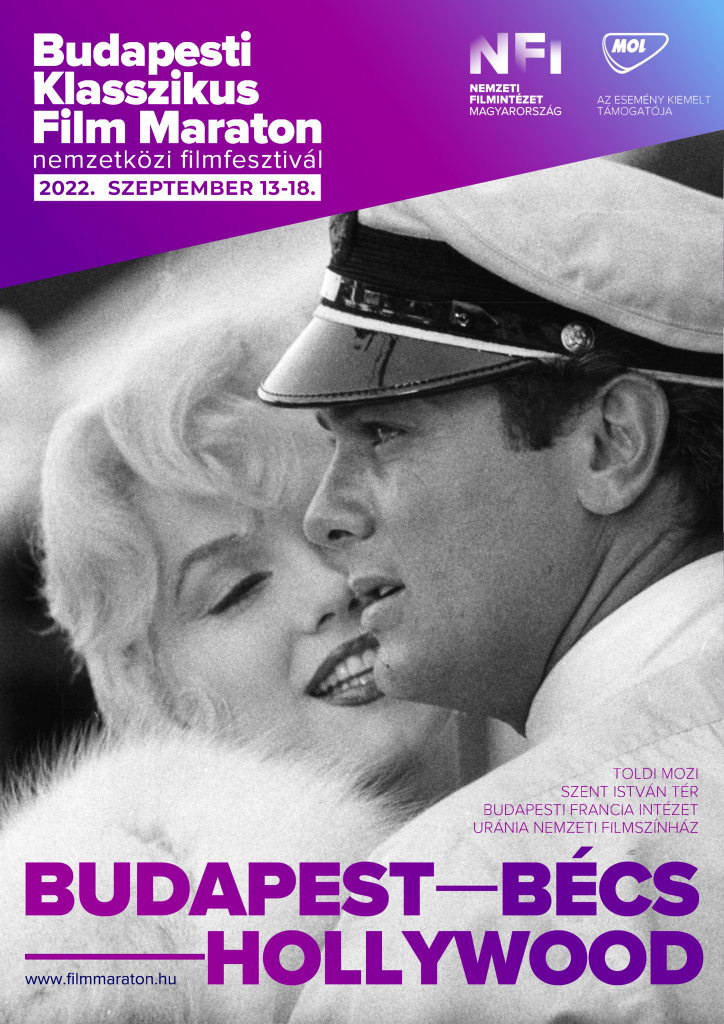 The fifth edition of Budapest Classics Film Marathon, the international festival of restored films organised by National Film Institute is about to start and will run from September 13-18.

Over six days, the audience will be able to enjoy recently restored, popular classics and rarities for a total of 100 of the finest films from global movie history. The goal of Budapest Classics Film Marathon (BKFM) is to position the values of Hungarian film in the focus of domestic and international attention, and present the best of European film heritage to a Hungarian audience. Once again, the highlight of the festival is the transformation of the square in front of St. Stephen’s Basilica into a free open-air cinema for four evenings.

The main theme of the September festival is the Central European roots of Hollywood. The core of the programme comprises works by artists who, setting out from Budapest and frequently with stop-offs in Vienna and Berlin, made it to Hollywood where they achieved global fame. The lives of those individuals coming from territories that were formerly part of the Austro-Hungarian Monarchy and exporting Central European culture to America were often just as exciting as the works they created.

END_OF_DOCUMENT_TOKEN_TO_BE_REPLACED 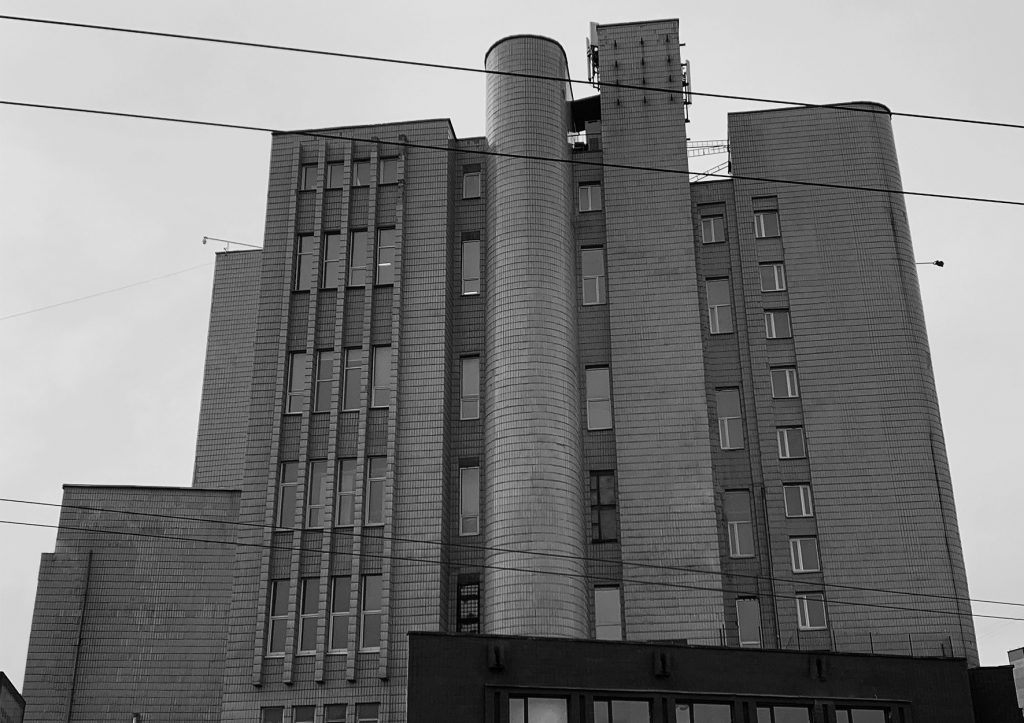 The Association des Cinémathèques Européennes committee has penned a letter to President Zelensky to express its concern regarding the recent developments concerning the Dovzhenko Centre. You can read the full letter here. 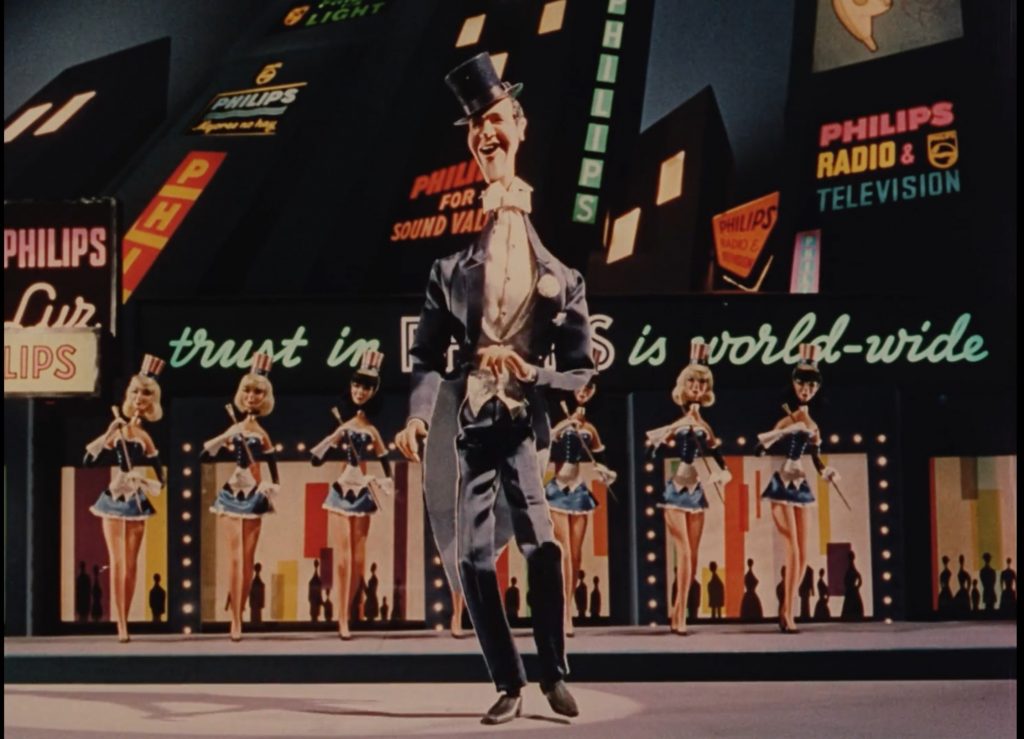 Dutch producer Joop Geesink set up a film studio in 1942 that made hundreds of advertisements for TV and cinema: stop-motion ‘puppet’ films under the name Dollywood as well as live action films under the name Starfilm. The Geesink studio’s collection is held in the Eye Filmmuseum archive. Eye has preserved and digitised part of this collection. Between 1 August 2022 and March 2023, Eye will be releasing eleven themed programmes featuring the best advertisements from the Dollywood and Starfilm studios on the Eye Film Player, Eye’s streaming platform. The compilations can be watched – free of charge – world wide.

Joop Geesink (1913-1984) – also known as ‘the Dutch Disney’ – was extremely effective at bringing in customers. One of his major clients was Philips, but Geesink also had many customers in, for example, Germany, Italy, Great Britain and the United States. Some seventy percent of Geesink productions were for the market outside of the Netherlands. In the US, people started to refer to ‘the Geesink technique’ in relation to the extremely good art direction and highly professional standard of animation. The Geesink studio won many awards for its stop-motion films, including prestigious Cannes Lions Awards. 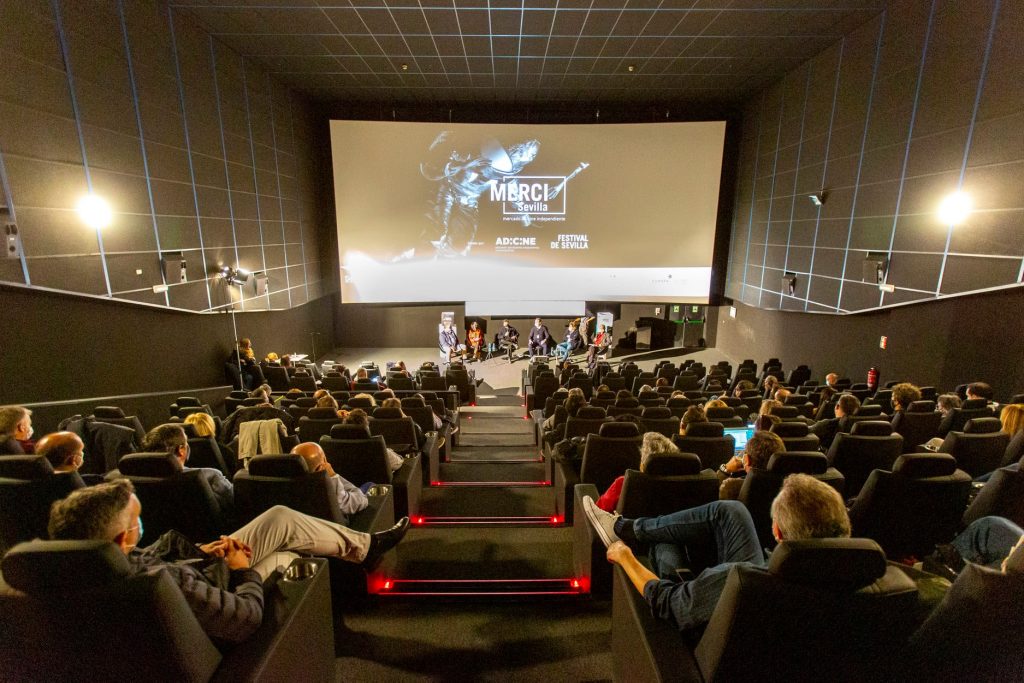 Filmoteca Española and SEFF (Seville European Film Festival) are committed to organize a two-day workshop titled “Programming European Heritage at Film Festival” during the festival, 5th-13th November 2022, at the city of Seville (Spain).

The workshop “Programming European Heritage at Film Festivals” will explore different forms of curating and screening heritage cinema within the global programming activity of a contemporary film festival. In the last years, European festivals that used to screen complete retrospectives of masters, solid subject-specific programmes or tributes to contemporary filmmakers (build with European heritage cinema), and even publish annual essays dedicated to its investigation, have been reducing or removing the presence of the cinema of the past in their offer.