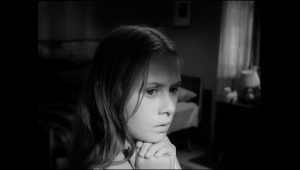 Vadim Vankov, Director of the Department of Information and Digital Development of the Ministry of Culture of the Russian Federation, explains that the Open Collection project of the State Film Fund is aimed at acquainting the audience with real pearls of Russian cinema that no one has seen before and that he is glad that Culture.RF will become the main platform for the project.

The first issue of the project presents 23 films – genre films from different years, including films created in the Union Republics. In addition to stories about the Great Patriotic War and the exploits of the Soviet people, the list includes feature films for children, film adaptations of classics and even several large-scale historical epics (the oldest of them, The 300th Anniversary of the Reign of the House of Romanov, was filmed back in 1913).

Also in the program – the picture of Grigory Roshal Lord Skotinina (1926),  a propaganda film about the struggle against exploiters with the help of a powerful weapon Death Ray (1925), a science fiction propaganda film The Death of a Sensation (1935), the drama about the struggle of Belarusian peasants against the oppression of the Polish lords during the reign of Paul I Nightingale (1937), the musical comedy Glorious fellow (1942), the fairy tale The Magic Grain (1941).