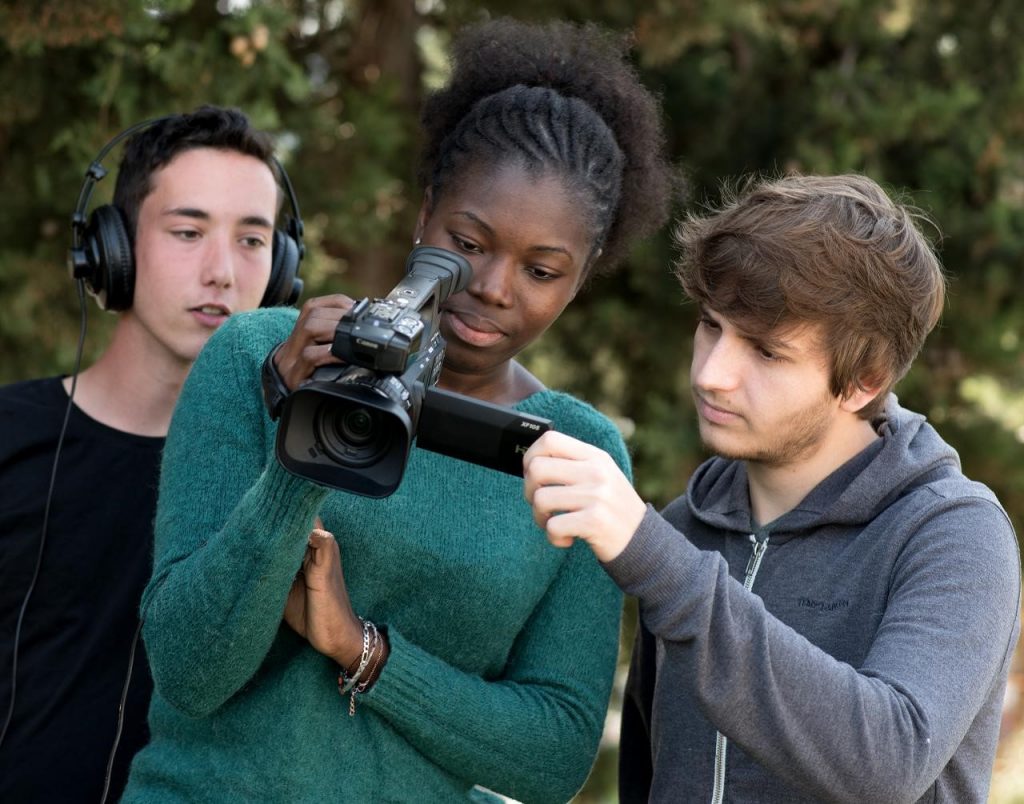 For some 26 years, the Cinémathèque française has nurtured a unique international film education programme called Le Cinéma, cent ans de jeunesse. Born in the centenary of cinema, the programme has evolved over many years into the longest established, and many would argue, the foremost film education programme in the world.  After supporting it for so many years, the time has come for the Cinémathéque française to hand it over to a bigger group of organisations to take responsibility for the next phase of its extraordinary life.

What is the programme?

CCAJ began as an initiative of Alain Bergala, French cineaste, theorist and educator, and Nathalie Bourgeois, Head of Education at the Cinématheque française, in 1995. From the beginning film archives have played an essential role in this program.

The participants include ‘cultural partners’ cinematheques and film initiatives, who co-ordinate workshops in a country or region; teachers, educators, and filmmaking professionals who run project workshops; and the learners themselves, children and young people aged between the ages of 7 and 18.

CCAJ is a structured programme with the following characteristics:

For the first 10 years the workshop partners were all French, but then European and international partners started to join the initiative so that by 2020, there were CCAJ workshops in Argentina, Chile, Colombia, Uruguay, Brazil and Mexico; Portugal, Spain, Italy, Germany, Finland, Lithuania, Bulgaria; India and Japan; and in the UK, in Scotland and England, joined by Canada and Greece in 2021. Every partner is financing its own activities in each country.

Why is it unique?

The programme is unique in its sustainable approach; its international reach; the commitment of its partners, who often contribute outside their formal jobs; but most of all in its ‘curriculum’: a proud commitment to cinephilia, to the art of cinema, and to the interaction of watching, making, and talking about film. Mixing publics from different backgrounds, encouraging linguistic and cultural diversity and sharing a reflection on cinema education implemented through concrete actions.

A group of film education experts working in Cinémathèques in five European countries which are all ACE members (British Film Institute, Cinemateca Portugesa, Cinémathèque Royale de Belgique, Österreichisches Filmmuseum, DFF – Deutsches Filminstitut & Filmmuseum, Stiftung Deutsche Kinemathek) actively involved in CCAJ for many years, decided to help to secure the future of CCAJ after the Cinémathèque francaise stopped to carry the coordination this summer. The future of the CCAJ is yet not assured and this program needs financial support in order to continue.

The group will work this autumn on a transition of the programme to a new group of partners (including ACE/FIAF and the newly founded association “Cinéma, cent ans de jeunesse!” which is the owner of the intellectual property and the archive of the program) and will install together a new project website.

CCAJ can already proudly welcome a new partner and ACE member for the 2021/22 round: the EYE Filmmuseum from the Netherlands.

Kick off and annual theme

The start of the new school year and initial training will take place 30th of September and 1st of October 2021 at Cinéma Ciné 104 in Pantin, close to Paris. Alain Bergala will introduce to the new annual theme: Patterns in Cinema.