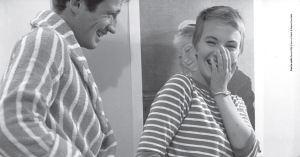 The 34th edition of what has been considered the Paradise of the cinephiles will showcase cinema history, from its origins to today, thanks to restorations, retrospectives, documentaries, world premieres of titles selected by Cannes film Festival (this is the case for Fellini degli spiriti by Anselma Dell’Olio and Last Words by Jonathan Nossiter).

This year will also see the celebration of important anniversaries: 80 years for The Great Dictator by Charlie Chaplin, 60 years for À bout de souffle by Jean-Luc Godard, 30 years for Goodfellas by Martin Scorsese. This last anniversary coincides with that of The Film Foundation, the organization via which Martin Scorsese has contributed in these 30 years to the restorations of some big masterpieces of the past – Il Cinema Ritrovato has dedicated an homage to The Film Foundation with a retrospective showcasing some of its most important restorations.
This year’s Cinema Ritrovato will also host Venezia Classici, the Venice Film Festival selection dedicated to restored film classics thanks to the collaboration between Biennale di Venezia and Cineteca di Bologna.

The two main retrospectives are dedicated to an unforgettable American actor, Henry Fonda, and one of the most surprising Italian directors, Marco Ferreri.

To ensure everybody’s safety, the places that host screenings during the festival will be doubled: Piazza Maggiore, BarcArena, Arena Puccini, Lumière, Jolly, Arlecchino, Manzoni, Teatro Comunale. “Movie theaters and outdoor arenas to rediscover, together with our audience armed with masks and curiosity, the moviegoing experience”, says the director of Cineteca di Bologna, Gian Luca Farinelli.

Describing Cinema Ritrovato in its entirety is impossible due to the huge variety of films and titles presented at the festival. To discover the full selection and all the different retrospectives presented in Bologna, click on the following links: