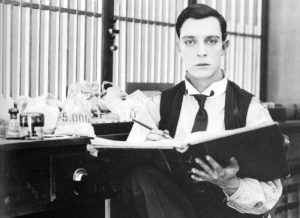 From August 24th to the 31st, during Il Cinema Ritrovato, the Biblioteca Renzi in the Cineteca di Bologna will host an unmissable event for cinema fanatics with hundreds of books, DVDs and Blu-rays: Il Cinema Ritrovato Book fair.

It is the 18th birthday of the Book fair and regardless of the difficulties of the current year, the Cineteca has decided to confirm the event, albeit in a reduced version, to offer the Festival attendees some publications. There will be space for publications by film archives from all over the world and other national and international editors. Among this year’s news, the Biblioteca Renzi will host a selection of DVDs for a low price that include rarities but also contemporary works.

Among the many publications, the Cineteca di Bologna has decided to highlight the finalists of this year’s DVD Awards. These include some ACE members such as BFI, Filmoteka Narodowna, Národní filmový archiv and Magyar Nemzeti Filmarchívum. The DVD Awards will be given out on Friday, August 28th in Piazzetta Pasolini. This year’s jury is composed by Paolo Mereghetti, Lorenzo Codelli, Shivendra Singh Dungarpur, Philippe Garnier, Pamela Hutchinson and Miguel Marías.

For more information on the Book Fair click here.