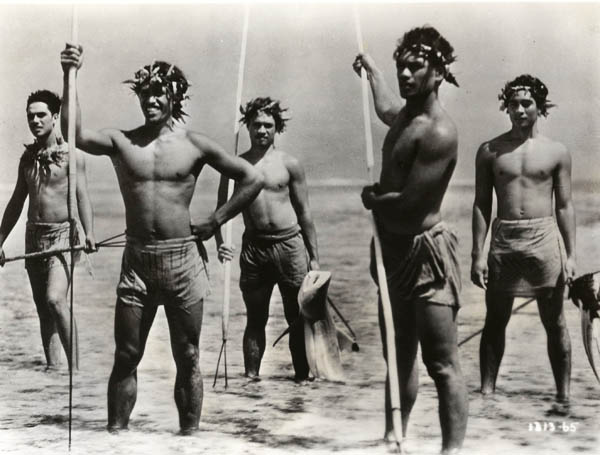 Friedrich Wilhelm Murnau’s last film Tabu (USA 1931) is a particularly interesting case study for what concerns the protection of audiovisual cultural assets due to its unique history. In addition to the different versions of the film, there is a stock of around 17,500 meters of film material: alternative or unused takes of the film, the so-called outtakes.

The KUR Programme for the Conservation of Moveable Cultural Assets – initiated by the Federal Cultural Foundation and the Cultural Foundation of German States – made it possible for the Deutsche Kinemathek, in cooperation with the Friedrich Wilhelm Murnau Foundation and the Österreichisches Filmmuseum, to produce these nitrate films, which are threatened by decay in the long term, safeguard materials by copying them and publish them in digital form. In addition, the script for Tabu as well as the daily reports of the shooting have been published on the Deutsche Kinemathek’s website.

The work published offers new insights into the process of making the film. The combined display of moving images, text and image sources gives the audience access to the materials and shows new ways of safeguarding, presenting and utilizing audiovisual cultural assets. The movie has also been released by the Friedrich Wilhelm Murnau Foundation on DVD.

To view the results of this initiative, visit the dedicated page.