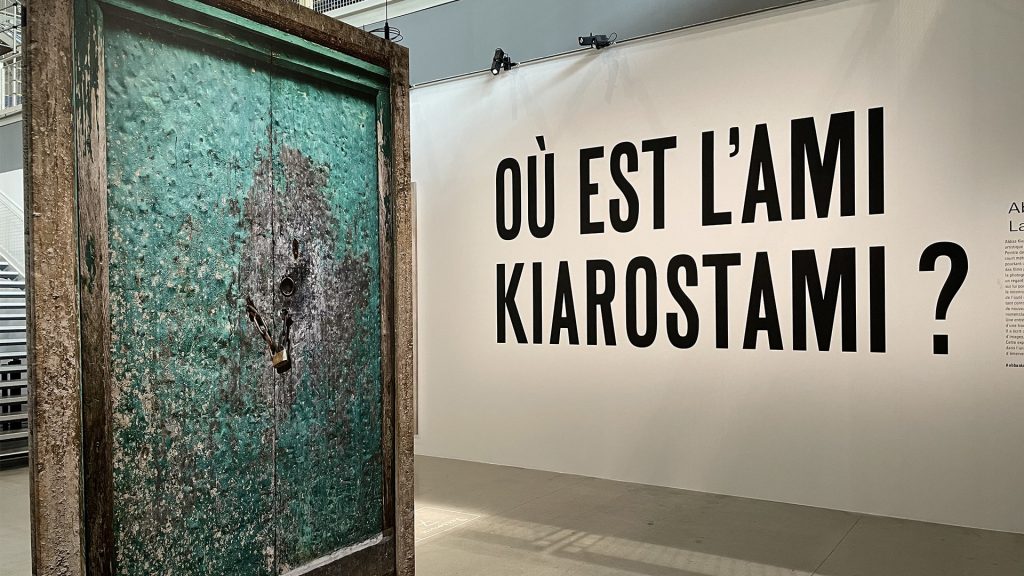 After the first two meetings about restoration, curators Sylvie Pras and Massoumeh Lahidji presented the exhibition dedicated to filmmaker, writer, artist and photographer Abbas Kiarostami. The exhibition named Où est l’ami Kiarostami?, echoing the title of one of its most famous films (Où est la maison de mon ami?), is hosted by a very special venue: Centre Pompidou. The closeness to the entrance and the free access are key features of the homage to the Iranian director for the two curators, that want this to be a full immersion in Kiarostami’s body of work.

The exhibition wants to cater to those who are familiar with his work and those who aren’t by facilitating the encounter between the artist and the audience. It offers insights in all the different aspects of Abbas Kiarostami‘s career with graphic works, photographs, film sequences and much more, bringing his poetic way of seeing the world to life.

Où est l’ami Kiarostami? was designed by Centre Pompidou in partnership with mk2 (which has restored Kiarostami‘s films) and the Kiarostami Foundation and it offers a visit route between different modules, where his works clash and collaborate to create something new, over an area of more than a thousand square meters.

From The Taste of Cherry, which won the Palme d’Or at the Cannes film festival in 1997, to Where is my Friend’s Home? (1987), Close-up (1990) and The Wind Will Carry Us (1999); Abbas Kiarostami, who died in 2016, left a major body of film work composed of more than forty films, each one marked by unforgettable places and characters. A total artist, Abbas Kiarostami endlessly pushed back the boundaries of photography, video art and the design of digital works. The quintessential Persian poet, he wrote hundreds of poems and, in parallel, reclaimed the ancestral tradition of poetry of his country to bring young generations condensed forms of wisdom and wonderment.