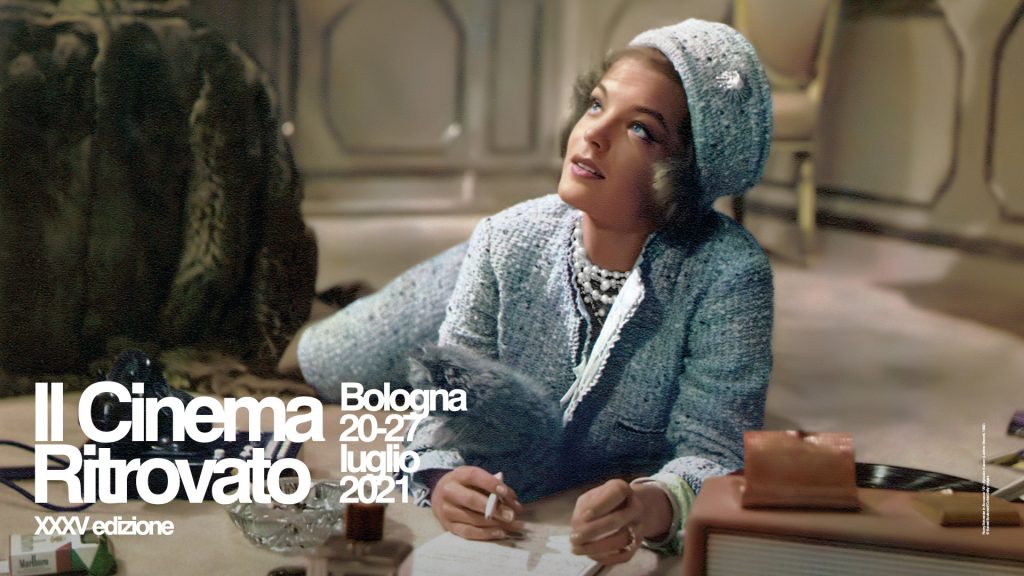 426 films in 8 days: this is what awaits cinephiles in the 35th edition of the Il Cinema Ritrovato festival, promoted by Cineteca di Bologna. The festival will take place in presence in Bologna, from the 20th to the 27th of July. 8 days of non-stop screenings in 7 different cinemas e every night a screening in Piazza Maggiore and LunettArena. In Biblioteca Renzo Renzi you will be able to find, as usual, the Book Fair, the editorial fair dedicated to publications regarding cinema. A selection from the programme will be available online (worldwide) on MYmovies. Il Cinema Ritrovato will also host ACE’s yearly workshop on July 22nd: don’t miss it!

Another international guest at the closing event, Tuesday June 27th, with the Oscar-winning screenwriter Paul Haggis who will meet the festival attendees at 18:45 at Auditorium DAMSLAB and on the following day, he will present Million Dollar Baby by Clint Eastwood in Piazza Maggiore.

Piazza Maggiore will be the location of some evening events, like the one with Nanni Moretti who will present the new restoration of La Cosa (Friday 23rd). The Orchestra del Teatro Comunale di Bologna will be part of two evenings: on Saturday July 24th, Carl Th. Dreyer’s Vampyr will be accompained by the original score by Wolfgang Zeller played live. On the final evening of the festival, the choir and the orchestra will accompany the images of the first expedition that reached the peak of K2 in 1954.

Among the new restorations: Les Quatre Cents Coups by Truffaut, Un Chien andalou by Luis Buñuel, Anatomy of a Murder by Otto Preminger, The man who killed Liberty Valance by John Ford, The Servant by Joseph Losey and many more.