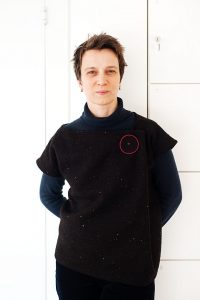 Film scholar and curator Giovanna Fossati was appointed Chief Curator at Eye in 2009. Her book From Grain to Pixel (2009) is globally viewed as the reference work for the impact of digital technology on the preservation, restoration and increasing accessibility to cinema’s legacy. The translation of the revised edition (2018) was recently published in Argentina and Italy and is set to soon be released in Spain.

Fossati is responsible for the collection policy as well as for Eye’s academic activities. In 2013 she was appointed Professor of Film Heritage and Digital Film Culture at the University of Amsterdam’s Faculty of Humanities. The combined position of professor and chief curator is exceptional in the international film archival field and constitutes the ideal link between Eye’s restoration practices and international scientific research.

In her twofold role, Fossati is involved in the MA Preservation & Presentation of the Moving Image. Together with the Amsterdam School for Cultural Analysis (ASCA) at the UvA she organises the annual Eye International Conference as well as a series of lectures entitled This is Film! Film Heritage in Practice. Eye and the UvA also partner in various national and international research projects into innovative approaches to film restoration, digitisation, presentation and access.

Eye is one of the pioneers in the field of film restoration and research. The film museum has won multiple international prizes for its restoration work. Eye recently won the FOCAL International Award in the category Best Archive Restoration & Preservation Project for The Brilliant Biograph. The film can be watched for free on the Eye Film Player.