From 21st to 26th September, the National Film Institute is organizing – for the fourth time – Budapest’s largest international film event, Budapest Classics Film Marathon. During the six days of the festival, audiences can watch more than 70 recently restored classic films in five themed blocks at various venues around the capital. To the delight of Budapesters, the square in front of St. Stephen’s Basilica is once again being transformed into a free open-air cinema on four evenings.

National Film Institute celebrates 120 years of Hungarian film with several large-scale events this year. The Hungarian Motion Picture Festival was brought to life this summer, the exhibition Wide Angle in Ludwig Museum is a broad-ranging overview of Hungarian film history (open until mid-November 2021), and the opening gala of the 4th Budapest Classics Film Marathon in Uránia National Film Theatre on the evening of 21 September is similarly a celebration of this important anniversary. At the gala there will be a screening – in a selection made up Lumière films from 1896 – of the first film footage shot in Hungary; an animation documentary made about the birth of the first Hungarian film, A táncz (The Dance), and the digitally restored (2K) version of Sándor Korda’s cult silent film from 1918 Az aranyember, with musical accompaniment composed by Bence Farkas and performed by Győr Philharmonic Orchestra.

“This year is very special because we have the opportunity to celebrate several anniversaries that are important from the aspect of the history of Hungarian film. Cameramen of the Lumière brothers shot the first footage in Hungary 125 years ago, the first directed Hungarian film debuted 120 years ago, and 90 years ago Hungarian sound film was born, the first triumph of which, Hyppolit, a lakáj (Hyppolit, the Butler), remains enormously popular even after the passage of nine decades. In 2017, when we launched the Budapest Classics Film Marathon, we undertook to showcase Hungarian film history, the impact of Hungarian filmmakers on global film history, and the great classics of universal film history on the big screen. To achieve this goal, we called on the family of international film archives, which since then have continuously sent their restored precious films to the Film Marathon. This year, we are once again inviting all lovers of cinema on an exciting journey through time from the era of silent films to recent decades, thus paying tribute to the talent of great filmmakers and artists.”

The goal of the Classics Film Marathon is to spotlight the values of Hungarian film and present the treasures preserved in European archives to a Hungarian audience. This year the Marathon showcases newly restored classics and film rarities in five blocks: Hommage, In Focus, Hungarians in Hollywood, Hungarian Eye, Open Archives. 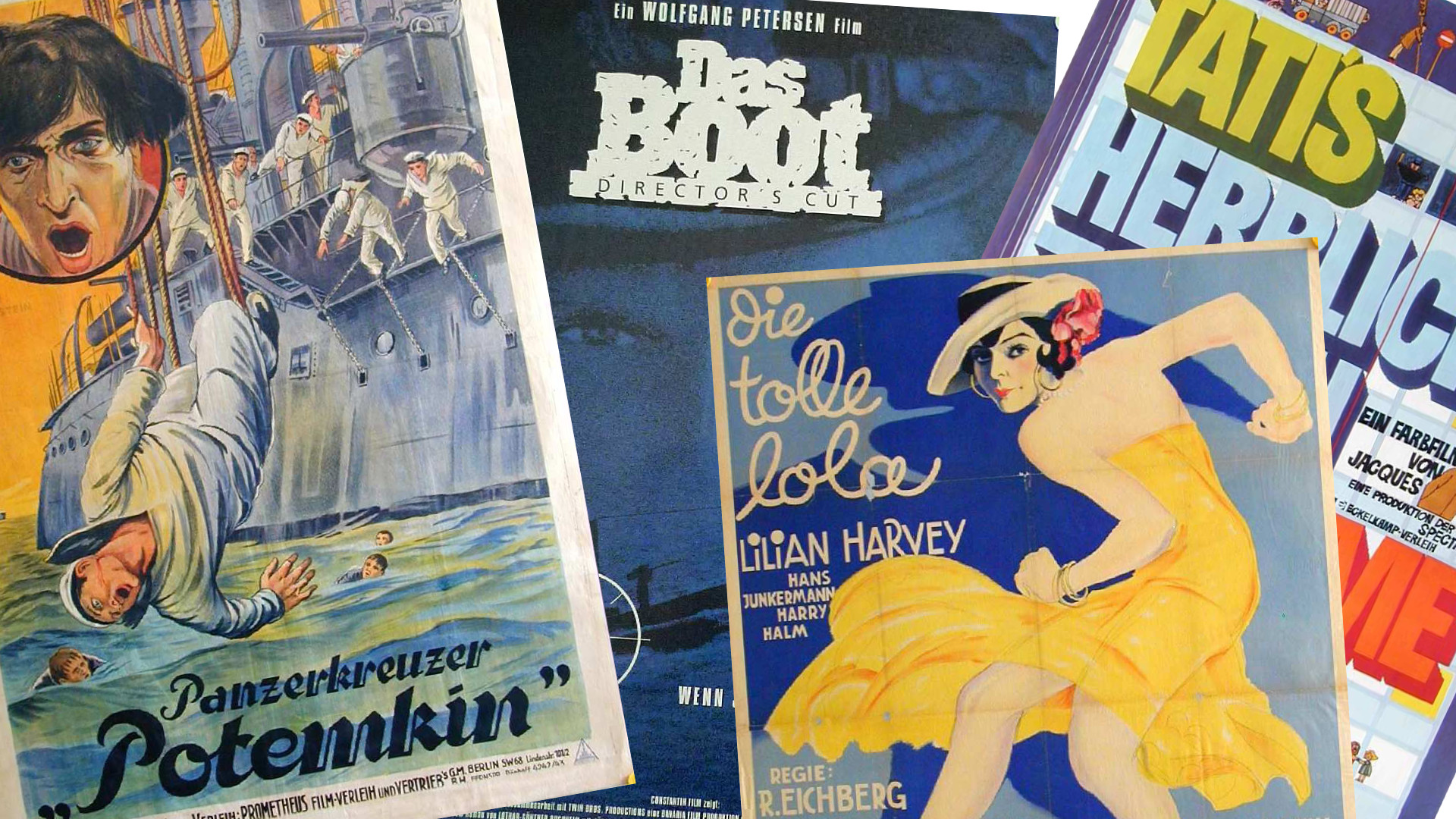 END_OF_DOCUMENT_TOKEN_TO_BE_REPLACED

Are now available in the Members’ Area.

As an aggregator of Europeana, the European Film Gateway will be represented at the Europeana Aggregators’ Fair that takes place on 16 and 17 June 2021 online. On 17th of June from 13:00–13:30 EFG staff invites interested colleagues to join the “EFG for beginners” session during which you can learn about and discuss the best and easiest ways on how to get connected and present your collections on the European Film Gateway and Europeana.

The Aggregators’ Fair web conference provides an opportunity for staff working at cultural institutions to learn more about how to bring their content to new audiences such as the educational sector, to meet the people who work behind the scenes to make cultural heritage available through Europeana and to receive guidance and training from experts in this field.

Read the full programme and register via Eventbrite.

Although COVID-19 pandemic, a terrible disease that took lives of our family members, cousins and friends, as well as numerous significant persons from film industry, is slowly subsiding, culture cannot stand still. Thus we have decided to organize the 23rd Nitrate Film Festival in Jugoslovenska kinoteka in its old, established term for decades (6–15 June), with a simple slogan – Nitrate 23.

Ernst Lubitsch, Mikhail Romm, Leitão de Barros, Julien Duvivier, István Gaál, Allan Dwan, Vittorio Cottafavi, Wilhelm Dieterle, Jean Epstein, Otakar Vávra, Raymond Bernard, Dziga Vertov, Youssef Chahine, Jacob and Luise Fleck are the names of distinguished film authors whose films will contribute to the importance of this year’s Festival. In versatile and divers program with an abundance of various genres and films, of which many will have their Serbian premiere, we shall present thirty-six films from twenty-six film archives from Europe, Japan, Egypt and United States of America. It is our greatest pleasure to be able to organize screening of eight films discovered in recent years in the Yugoslav Film Archive Nitrate Fund, among which the most significant one is the film The First Vuk’s Convocation in Trsic 1933. Unlike last year, we have finally had an opportunity to invite over twenty guests from the neighbouring countries and beyond, with whom we shall exchange impressions and views on future of film archives in light of all that have happened to us in the last fifteen months, along with watching masterpieces of world cinematography.

That is why we are honoured and pleased to invite you, for the twenty third time, to Jugoslovenska kinoteka cinema theatres (this time to the cinema theatre in Uzun Mirkova no. 1), where together we shall enjoy the beloved world of motion pictures through the film time machine.

A framework for digital preservation of cinematographic works

Technical Committee CEN/TC 457 (Digital Preservation of Cinematographic Works) of the European Committee for Standardisation (CEN) has been working for some time now on a project to define and standardise a long-term archive format for cinematographic works. The standard will apply to both digitised analogue films and born-digital content. Reference software for guaranteeing interoperability among vendors and heritage institutions will be developed. The project has received financial support from the European Commission. Most of the members of the Technical Committee are country representatives of the European Film Archives. The membership of the Committee was recently extended to include a liaison officer from ACE in the person of Mikko Kuutti (ACE Secretary General and Deputy Director of KAVI).

The Technical Committee has set up a Project Team that has been tasked with producing a proposal for standardisation. The Project Team recently published a draft document entitled A framework for digital preservation of cinematographic works, which has now been sent for comment to the members of the ACE.

The Executive Committee would like to invite you to comment on the draft document. Please use the following procedure to access the document and make any comments you wish to make:

Many thanks in advance for your cooperation!

After a long and difficult year, the National Film Institute Hungary – Film Archive is organizing the 4thBudapest Classics Film Marathon onsite. The festival will take place between 21–26 September 2021. Over the six days of the festival, audiences can watch a wide selection of classic movies, participate in lectures and workshops, join cine-concerts, and enjoy various film-related programmes.

All colleagues are invited to propose new restorations for the screening programme as well asscholarly lectures, reports on new discoveries, project ideas, and plans for panel discussions.

Recommended topics for the panel discussion

For those who already had the chance to enjoy our festival and our warm welcome, it’s an occasion toreturn to the beautiful city of Budapest. For those who could not yet participate, it’s time to discover a new destination for film professionalsand film lovers!

Colleagues interested in presenting their new restorations and project(s) are kindly asked to send their proposals to nagy.tamara@nfi.hu
Submission deadline: 10 June 2021
See you in Budapest in 2021! 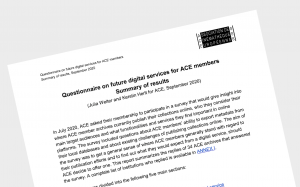 In July 2020, ACE asked their membership to participate in a survey that would give insight into where ACE member archives currently publish their collections online, who they consider their main target audiences and what functionalities and services they find important in online platforms. The aim of the survey was to get a general sense of where ACE members generally stand with regard to their publication efforts and to find out what they would expect from a digital service, should ACE decide to offer one. This report summarizes the replies of 34 ACE archives that answered the survey. 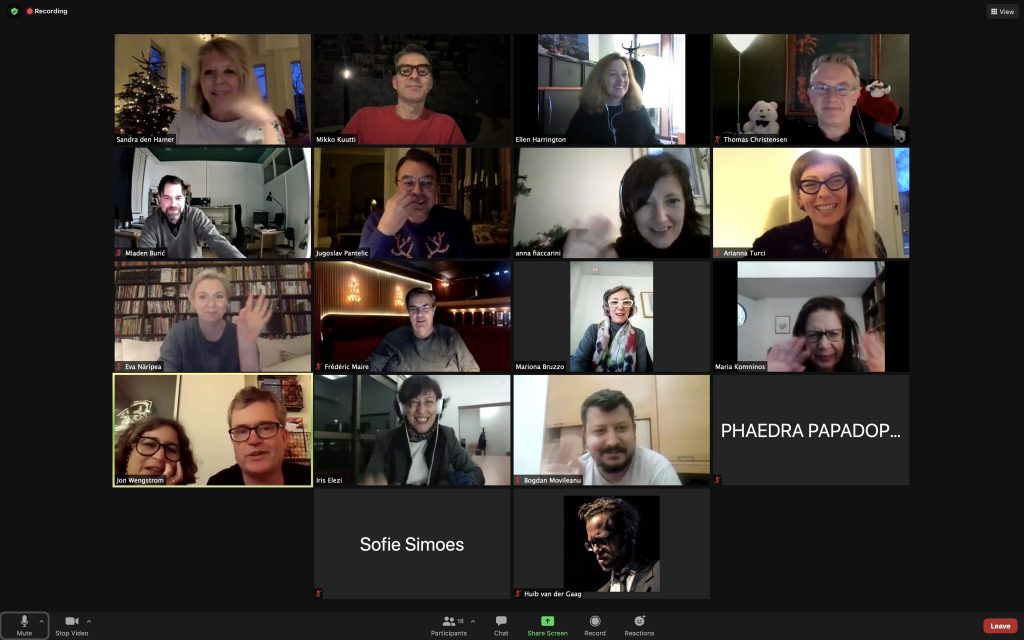 The ACE Executive Committee invited members to a Zoom drink on 17 December. More than 20 members took part, some for longer, some for a shoter time, meeting virtually one last time this year. We reported to our colleagues how life in isolation is going in each our country, and sent best wishes for the holidays and the new year.

The meeting was quite gleeful regardless, and reminded all of us that we have a strong and positive community which can offer support during these hard times.

Thanks to all participants and, one more time, have a very happy Christmas and a properous New Year!

Seeking for new restorations of documentary films for distribution:

A complete one-day program had been put together for the 1st edition last March, which unfortunately had to be cancelled because of the first lockdown in France. We are now very determined to prepare the 2nd edition for our next festival in March 2021 (adapting to the evolution of the pandemic, naturally).