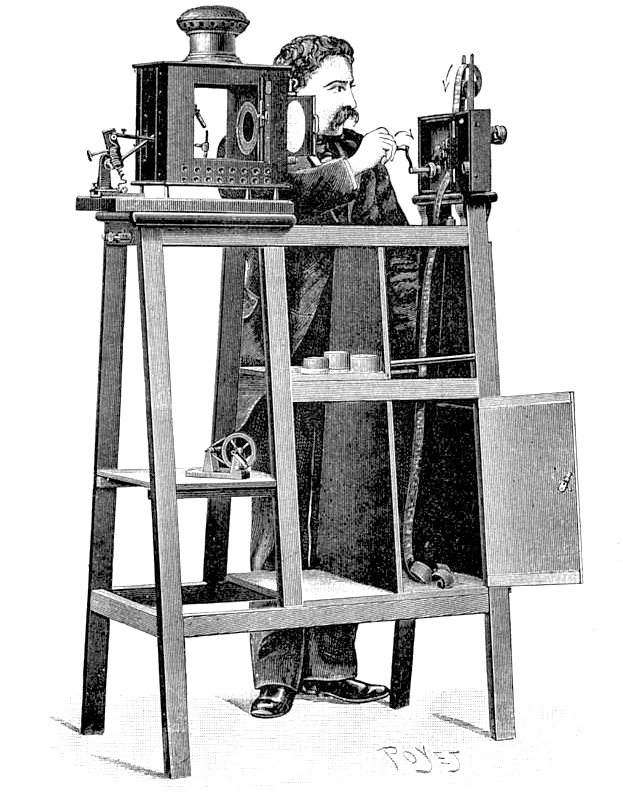 The beginning of the 21st century brought along the most significant technological transformation that cinema has undergone since its invention.

The replacement by digital of analogue technology in the entire cinematographic chain from production to exhibition has had far more profound consequences than all the technological changes that occurred in the first century of cinema. These include the replacement of the 35mm cellulose nitrate film base with cellulose triacetate, and even the transition from silent cinema to sound cinema.

One of the consequences of the digital transformation is the need to establish an all-new archival methodology — including digital repositories whose long-term viability is still unproven. But another, no less decisive consequence, is the need to define how we intend, from now on, to preserve and exhibit the great historical collection of 20th century cinema.

Do we accept that only whatever digital support is the current standard becomes the only vehicle for accessing cinema’s past? Or, despite the inherent difficulties, do we choose to maintain the entire analogue archival chain to preserve and exhibit film in its original form?

In line with their mission of preserving heritage, it is likely that the majority of film heritage institutions (FHI) will consider that cinematographic works born in the era of analogue film should be preserved and exhibited using traditional analogue technology.

To uphold traditional methods, FHI will have to keep alive the accumulated knowledge of analogue film, its nature, its technique, and its history. Only this will allow continued professional conservation and exhibition of film in the future. Maintaining this know-how will be an increasingly difficult task in the current all-digital audiovisual landscape.

It will be up to the FHI to maintain this knowledge within their domain, while at the same time developing their digital operations to be able to serve current production of film heritage.

It is important at this point to raise some questions for discussion within film heritage institutions:

These issues will be discussed in this ACE workshop, with the aim of raising awareness and finding common ways to guarantee the safeguarding and continued availability using traditional methods of analogue film heritage produced in over a hundred years of cinema. 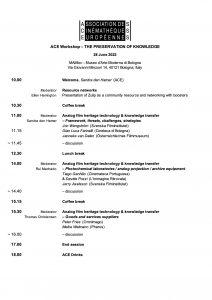 The Agenda of the Workshop is now available!