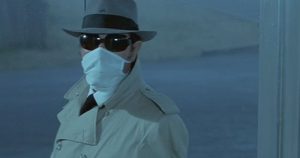 La Cinémathèque royale de Belgique reopens its doors on July 1st. Security measures have been implemented to ensure the safety of everyone during the screenings. The seating capacity has been limited and it is strongly encouraged to purchase the tickets in advance. To read all the safety measures, click here.

The program for its reopening features a series of interesting film exhibitions:

Even if the Cinémathèque reopens, the series of Cine-Concerts will continue to take place on Facebook Live, thanks to the pianists Stéphane Orlando and Hughes Maréchal.