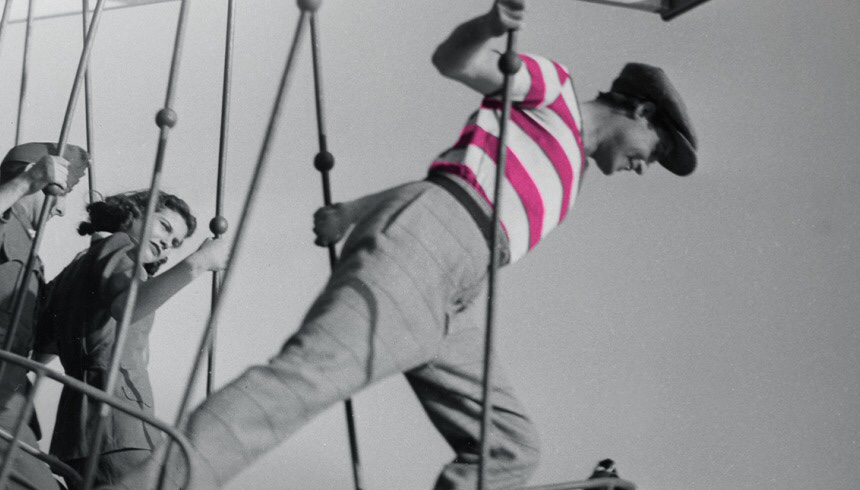 Over the eight days of the showcase, audiences can watch around 100 restored classic movies in cinemas in Budapest, while further screenings will be held in Eger and Győr. Budapest welcomes Pierre Richard, Michael Nyman, Udo Kier, Johanna ter Steege and Magda Vášáryová. Once again, Budapest Classics Film Marathon will offer free open-air screenings in front of St. Stephen’s Basilica, Budapest.

“Tuned to Film” – The 2019 edition is focusing on the 125-year-old history and development of film and music. The selection will be enriched by silent film classics set to music, world-famous musicals such as Singing in the Rain and The Wizard of Oz, legendary film noirs from The Maltese Falcon to Le samouraï, Western epics, outstanding music-focused cult movies such as King of Jazz, All That Jazz, Evita, The Rocky Horror Picture Show, and wonderful Hungarian musicals, too.

Budapest Classics Film Marathon will be the first opportunity to see the fully restored box office hit Car of Dreams (Meseautó), which also has a fascinating exhibition attached. The 30th anniversary of the collapse of communism will be celebrated with the special programme “30 Years of Freedom”. Audiences get the chance to view newly restored versions of 1980s Hungarian music cult classics such as Eskimo Woman Feels Cold (Eszkimó asszony fázik), Bald-Dog-Rock (Kopaszkutya) and Stephen, the King (István, a Király).

The festival pays tribute to the oeuvres of three-times Oscar-winning Hungarian composer Miklós Rózsa and Oscar-winner Michael Curtiz, born Kertész Mihály. There is a separate programme section devoted to the films of important female artists and actors including Márta Mészáros and Mari Törőcsik. Once again, the Marathon will offer restored film rarities from the collections of European film archives.

This year’s Film Marathon special guests are Michael Nyman, world-renowned composer (writer of score for Jane Campion’s The Piano that picked up three Oscars, and a regular collaborator on cult films by Peter Greenaway), Pierre Richard, star of French comedies Knock on Wood and The Tall Blond Man with One Black Shoe, Udo Kier, world-famous German-born American actor, star of Gábor Bódy’s film Narcissus and Psyche (Psyché I-III.), and actress Magda Vášáryová, who stole cinemagoers’ hearts as the glamorous blonde in Jiří Menzel’s Cutting It Short. Johanna ter Steege, one of the leads in István Szabó’s Sweet Emma, Dear Böbe (Édes Emma, drága Böbe), that took a Silver Bear in Berlin and a European Film Award, is also in Budapest.

Hungarian-American film producer and late Government Commissioner for the Renewal of the National Film Industry Andy Vajna, who died in January, is remembered with a screening series.

All are welcome to attend the free open-air screenings over six evenings in St. Stephan Square at the Basilica. Viewers can watch on the super-size screen a fully restored version of Marcell Jankovics’ masterpiece, Son of the White Mare (Fehérlófia), Gábor Koltay’s iconic rock musical Stephen, the King (István, a király), the French comedy The Tall Blond Man with One Black Shoe, the film of Queen’s 1986 Budapest concert and the Dziga Vertov classic Man with a Movie Camera, with original score by Michael Nyman.

This is the first chance for an audience to see the restored version of cult films of Hungarian rock and underground such as Márta Mészáros’s Don’t Cry, Pretty Girls! (Szép lányok, ne sírjatok!), Time Stands Still (Megáll az idő) by Péter Gothár, Bald-Dog-Rock (Kopaszkutya) by György Szomjas and Csinibaba (Dollybirds) which sheds an ironic-nostalgic light on the Kádár era. Many of these films are followed by discussions with the filmmakers and restorers.

The Film Archive has operated as a directorate of the Hungarian National Film Fund since January 2017. This is when the long-term national film restoration and digitalization programme, the brainchild of the Film Fund, could start. Within the framework of the programme and as a result of the combined work of the two directorates of the Film Fund, the Film Archive and Filmlabor, annually between 25-30 outstanding examples of Hungarian film heritage are restored thanks to the expertise of 30 professionals. The film restoration programme is involved in the physical renewal, digitalization and digital restoration of the original audio tracks and film negatives of films (where these still exist). This restoration is assisted by the film’s cast, cinematographers, sound engineers and directors. The Film Fund signed an agreement with the Hungarian Society of Cinematographers (HSC) on participating in the authentic reconstruction of the visuals of movies. Among the many great works encompassed by the programme, the oeuvre of Zoltán Fábri underwent restoration in 2017, films by István Szabó and Sándor Sára in 2018, and in 2019, the oeuvre of Márta Mészáros is being worked on.