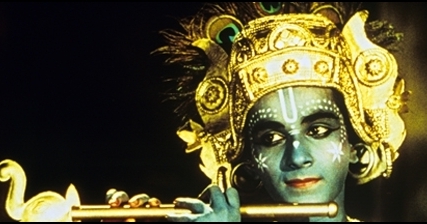 7 November 2012 – For its first editon, the International Festival of Restored Film presents more than 40 screenings across the three sections of the programme: Tribute to Martin Scorsese’s Film Foundation, Restorations and early films, The early days of the talkies (1900-1932)  as well as ciné-concerts, workshops, lectures, and roundtable discussionon on the methods and ethical and technical challenges involved in restoring images and sound. Many restored films will be screened in France for the first time: All That Jazz by Bob Fosse (1979), The Fireman’s Ball by Mi los Forman (1967), Blackmail by Al fred Hitchcock (1929), The Living Corpse by Fedor Ozep (1929), The Goose Woman by Clarence Brown (1925), The Chase by Arthur Ripley (1946), They made me a fugitive by Alberto Cavalcanti (1947), Le Joli Mai by Chris Marker and Pierre Lhomme (1962), M by Joseph Losey (1951), Misère au borinage by Joris Ivens and Henri Storck (1933) and the sound version of Lonesome by Paul Fejos (1928). In partnership with Fond Culturel Franco Americain.