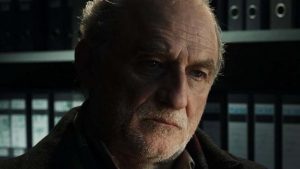 Neverending Past (Izmedju dana i noći), a film by Andro Martinović, director of the Montenegrin Cinematheque (Crnogorska kinoteka), has been selected as Montenegro’s candidate fot the 92nd Academy of Motion Picture Arts and Sciences award in the International feature film category.

It presents three stories of a father and his sonforced to question their lives in borderline situations, set in three different time periods: WWII, the fall of Berlin Wall and after the dissolution of Yugoslavia.