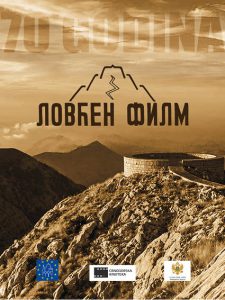 On the occasion of the 70th anniversary of the foundation of Lovćen film, it is planned to screen documentaries and feature length films in production of this movie company, among which are, in the first place, film works of the greatest Montenegrin cinematographers such as Velimir Stojanović and Milo Đukanović. During the five day program, the audience will be able to see on big screen, in digital format, high resolution and high image quality, films that were shot over a half a century ago.

Lovćen Film Company was founded in 1949 and it has been the first company of its kind in Montenegro. Lovćen film realized numerous projects in the field of documentary and feature film, including the first feature film in Montenegrin production « The Fake Emperor » directed by Velimir Stojanović, made in 1955.