As part of the EU funded series of open air screenings, KAVI proudly presents Lang’s Metropolis. We will be screening the latest, most complete version with live music by the acclaimed Khid. The screening will take place on 1 September on Kansalaistori, next to the best new library in the world. On other days, you are welcome to join us inside the building in Kino Regina for our regular cinémathèque screenings.

JTS is offering up to five travel grants for the upcoming Joint Technical Symposium in Hilversum (Oct 3-5).

JTS is committed to cultivating an environment in which includes a multiplicity of voices.  Travel grants are open to everyone working in the field whose attendance will contribute to their professional and/or organizational development. Applicants will be asked to provide a short statement about the value of attending JTS.

Travel funding is limited and grants are not intended to cover all travel expenses.  Please include the costs of your travel and registration as well as the amount of funding requested.

Grant recipients will be expected to attend the full conference as well as submit a post-conference report outlining their experience and any outcomes of the conference.

Submit your application here.  Application deadline is September 1, 2019 and grant recipients will be notified by September 5, 2019.

Registration is open for a full week of audiovisual archiving knowledge and experience sharing: both the International Association of Sound and Audiovisual Archives’ 50th Annual Conference and the Joint Technical Symposium, stewarded by the Coordinating Council of Audiovisual Archiving Associations, will be taking place at the Netherlands Institute for Sound and Vision in Hilversum from September 30 – October 5. We’re happy to announce that registration for both events is now open! Save your seat for both or either event at 2019.iasa-web.org and jts2019.com.

#IASA50: IASA will be returning to the country of its birth, as the association was established in 1969 in Amsterdam to function as a medium for international co-operation between archives that preserve recorded sound and audiovisual documents. The preliminary programme is available at http://2019.iasa-web.org/programme. Do visit the conference website for more information about the conference, such as the programme, venue, travel advice, social events, information on workshops and tutorials, professional visits and other details: http://2019.iasa-web.org/. Please note that the “early bird” registration rate ends on September 2, 2019.

#JTS2019: JTS is the international scientific and technical symposium dealing with matters of particular importance to audiovisual archives and archivists. It provides an opportunity for audiovisual archiving experts from different backgrounds to come together, share new and upcoming technical advances in our field, and take positions that go beyond the boundaries of specific formats or domains. It is an occasion to inform each other about what’s going on in our field and seek cross-fertilization. Organized every few years since 1983 by the various audiovisual archives associations now forming the CCAAA, it provides an opportunity for colleagues around the world and those interested in the field to meet and share information about the preservation of original image and sound materials. Keep an eye on the website for updates: jts2019.com

We look forward to welcoming you in The Netherlands!

UPDATE 25 September: Extended until the end of the year (31/12). Moreover, the possibility will also be offered to those responding to answer in another EU language than the ones of the consultation (EN, FR and DE).

We would like to inform you about the targeted consultation on the exercise of rights of performers and producers in the audiovisual sector published on the Commission’s website. The consultation will be open until the 31st of December. Your contribution would be very welcome, and we ask you kindly to please forward this email to anyone else in your network who might also want to provide feedback.

The aim of this targeted consultation is to gather relevant data on current market practices and on the exercise of rights of performers and producers in the audiovisual sector. The Commission will analyse these data in preparation of a report assessing the possible need for an extension of the term of protection of the rights of performers and producers in this sector, as required by Article 3(2) of Directive 2011/77EU.

This consultation is addressed at those engaged in the management of rights in the audiovisual sector. It mainly concerns performers and producers who are holders of related rights and their contractual partners such as broadcasters, distributors, sales agents, online platforms and cultural heritage institutions.

Please do not hesitate to contact Ms. Caroline Colin, Policy and Legal Officer-Copyright Unit, European Commission (caroline.colin1@ec.europa.eu) should you have any questions. 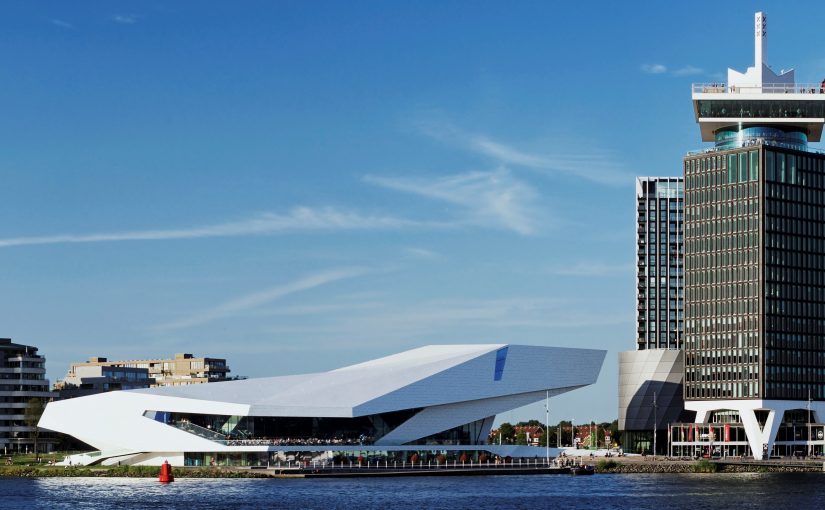 Making movies is costly and time-consuming. Preserving them is critical.

The IMF UG invites you to join worldwide experts around program focused on the needs of public archives for the preservation of movies, and the applicability of the Interoperable Master Format (IMF) in these applications. The workshop will take place on the 13th September from 1pm–5pm at the Eye Film Museum, 1 IJpromenade, 1031 KT Amsterdam in the Top of the Roof room.

The program is now online at https://www.imfug.com/events/2019-09-13-workshop-preserving-movies-with-imf/

Access is free but limited up to specific number. Registration for the event is necessary and can be done at https://imf-in-archives-ibc-2019.eventbrite.com

The EU funding for film heritage screenings announced in March has been allocated.

This summer, European film classics will be screened in some of Europe’s most iconic cultural heritage venues. From tomorrow until the end of September, classic films from across the EU will be screened free of charge in a wide variety of venues in 13 EU countries – from small towns to capital cities – highlighting Europe’s rich and diverse cultural heritage. As part of the wider restoration and digitisation of heritage films, the event series “A Season of Classic Films” is supported by Creative Europe MEDIA programme. The CEN TC457 project team is pleased to invite you to a presentation in Bologna on the progress of our work on the CEN Preservation Package aimed for the digital long-term archiving of films.
The 50 minute session will start with a 20 min presentation on the concepts and ideas for this digital long-term archive format followed by a panel and a discussion with the audience.
It will take place on Monday 24 June at 11:00 am at the DMS auditorium, Piazzetta Pier Paolo Pasolini, Bologna.
We are looking forward to see you there.