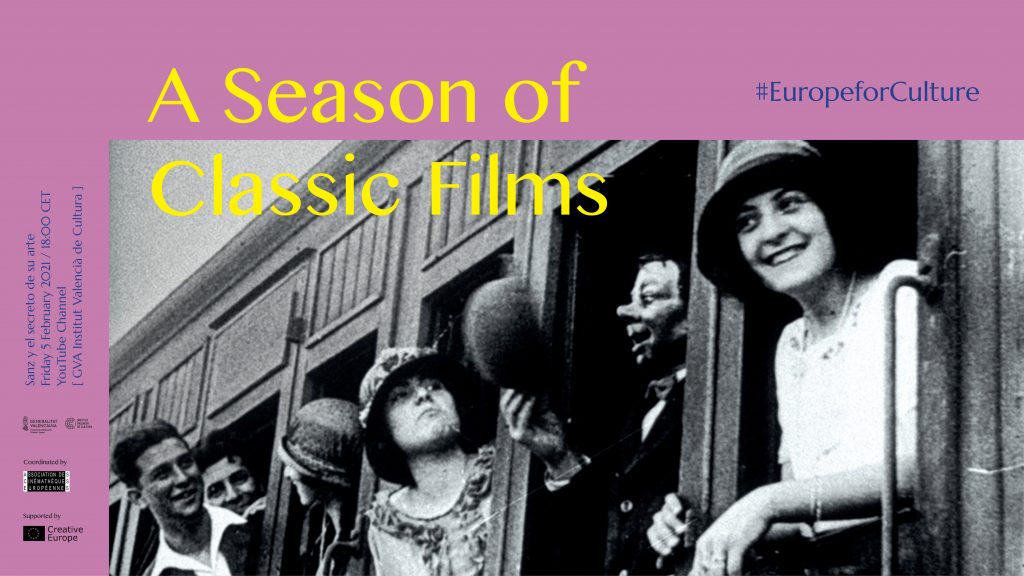 The best robot in the world 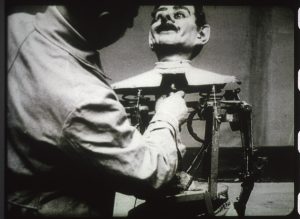 Filmed in 1918 in the ‘Hispano Film’ studios in Barcelona, Sanz y el secreto de su arte (65’, dir. M. Thous and F. Sanz) presents the manufacture and handling of robot-like dolls, known as automata. The popular Valencian ventriloquist and puppeteer Francisco Sanz Baldoví (1872-1939) wanted to create the perfect automaton, a robot, which would realistically assimilate human movements. He became famous for his exquisite automata collection, making the media of his time claim that he had the best robot in the world.

Sanz collaborated with director Maximiliano Thous to display the art of automaton, uniting fiction and documentary elements. The humorous adventures of Sanz’s dolls, Don Liborio, Panchito, Juanito, and Lucinda, are interspersed with his commentary. After each act, Sanz shows how they are all animated by complex mechanisms. The most famous automaton, Don Liborio, will escape to the city and mingle with real people.

The film elements, consisting of two incomplete copies of the film, a promotional brochure, and fragments of dispersed images, were donated in 1995 to the Filmoteca Valenciana by the descendants of Sanz. Inmaculada Trull Ortiz, Head of Acquisitions and Access to the Collections, said: “An exhaustive reconstruction and restoration work resulted in this surprising film. Thanks to the support of ‘A Season of Classic Films’, the purposely created music score will make this silent classic more accessible to a wider audience”. The music score, composed and performed live by musician Arcadi Valiente Galbis, will be later recorded and become available for the film distribution.

A Season of Classic Films is a series of free film screenings across Europe, organised by European national and regional film archives. The initiative is coordinated by the Association des Cinémathèques Européennes (ACE) and supported by the European Commission’s Europe Creative MEDIA programme. The films are presented by 22 members of ACE with the goal of increasing visibility for the richness of their collections and raise awareness of film preservation and culture, especially among young adults. Each film institution has selected a film title or a compilation programme from their affluent archives to showcase renowned films, but also those less-known film gems. The selected films are presented in a catalogue, which provides an inspirational source to European cinema history for film festival programmers around the world.

The archived live stream is available in the YouTube link below.

A Season of Classic Films: Programme updates and upcoming screenings