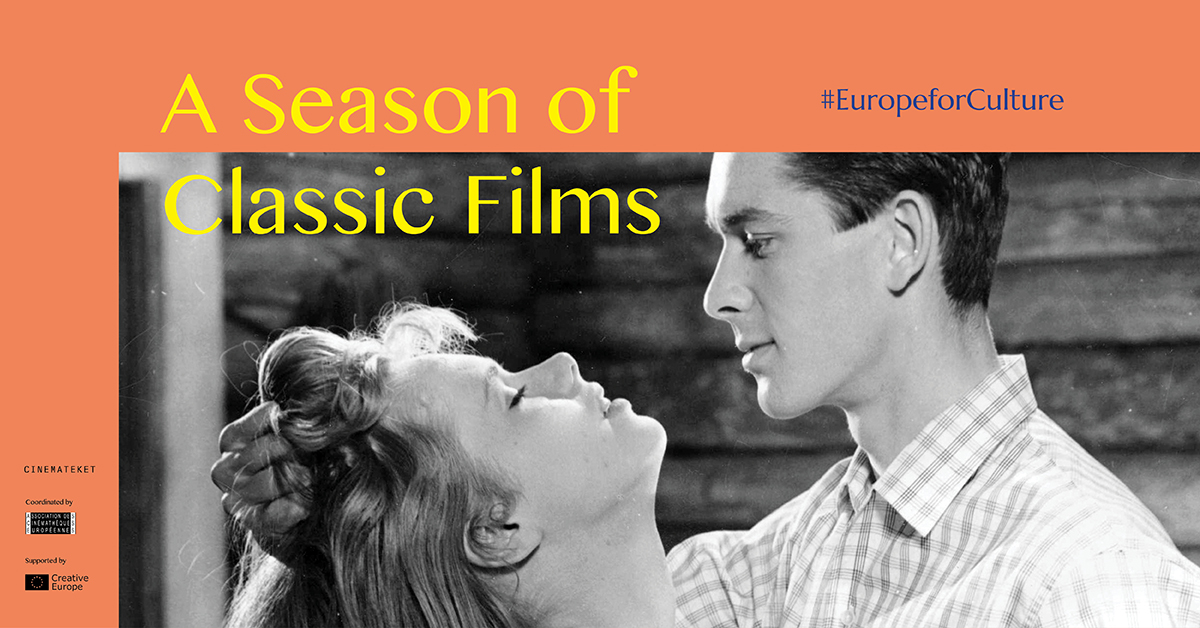 Cinemateket / The Norwegian Film Institute joins A Season of Classic Films with the restored film Ung flukt (Edith Carlmar, 1959), a teen rebellion drama with Liv Ullmann in her debut role, with a free special cinema screening event on Wednesday 25 August at 18:00 CEST at Cinemateket in Oslo, while the film will be free-to-view worldwide between 26 August and 2 September, with English subtitles.

The digital restoration was carried out by the National Library of Norway in 2018 and has drawn attention internationally to the work of Edith Carlmar, the number one female director in Norwegian post-war cinema. Carlmar was not only Norway’s first female director, but she made what is considered to be the country’s first film noir (Death Is a Caress). Together with her husband Otto Carlmar, she founded the film company Carlmar Film AS, where he produced and she directed one brilliant film after another. She directed ten films in ten years and Ung flukt is her last feature film.

Speaking about the restored film, Head of Cinemateket Jan Langlo said, “The restored version of Ung flukt (The Wayward Girl) was selected for Berlinale Classics in 2019. This generated quite a lot of interest in both this film and other films by Edith Carlmar, and there are several retrospectives of her films being planned at international festivals in 2021 and 2022. New viewers recognise Ung flukt as a surprisingly vital film, with a vibrant Liv Ullmann in her screen debut.”

A Season of Classic Films is an initiative of the Association des Cinémathèques Européennes (ACE) with the support of the EU Creative Europe MEDIA programme to raise awareness of the work of national and regional film archives, connecting the public with cinema history and the preservation of film heritage. Twenty-two European film institutions are taking part this year offering free access to films from their precious collections. This screening is organised by Cinemateket / The Norwegian Film Institute.

Ung flukt is based on a book by Nils Johan Rud and tells the story of 17-year-old Gerd, the illegitimate daughter of a single working mother. Gerd, played by Liv Ullmann in her first lead role, has fallen into delinquency. After she spends a brief stint in police custody, Gerd’s boyfriend, a student, disobeys his parents and takes her away to the country to protect her from bad influences.