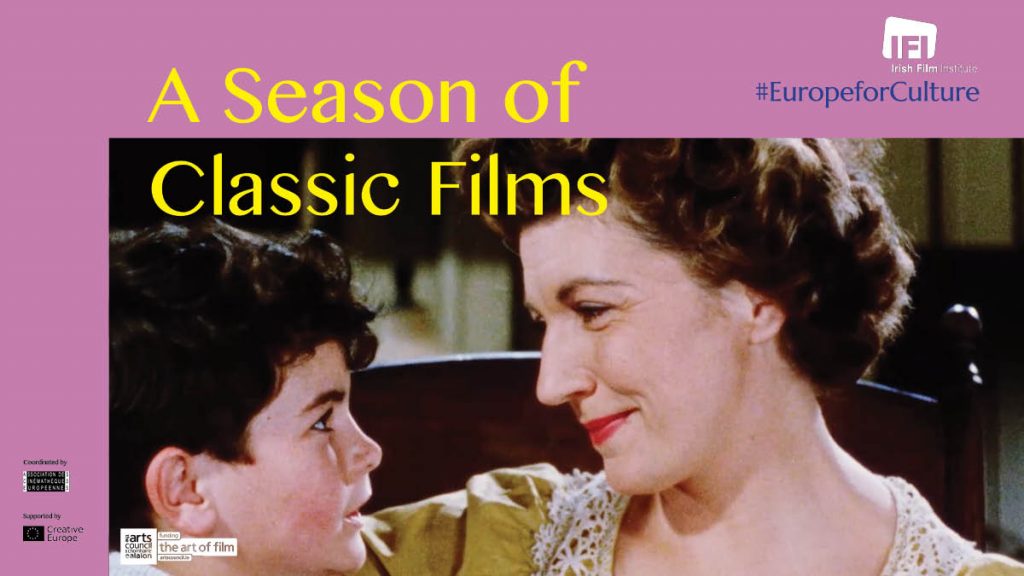 Digitised from the vaults of the IFI Irish Film Archive, the 1958 film ‘She Didn’t Say No!’ will be free to view worldwide on the IFI Player and via the IFI Player suite of apps between 15 and 22 April.

Based on the true story of an unmarried mother of six children by five different men (Moll McCarthy), the film was considered so immoral that it was banned in Ireland on its release.

The film is presented alongside an introduction from Head of IFI Irish Film Archive Kasandra O’Connell, and a pre-recorded post-screening conversation with scholar Ann Butler, contextualising the real life story behind the protagonist and the original censorship of this controversial film.

The digitisation and free online release of the film are made possible thanks to A Season of Classic Films, an initiative of the Association des Cinémathèques Européennes (ACE) with the financial support of the EU Creative Europe programme. Twenty-two film institutions from all over Europe, including the Irish Film Institute, are taking part this year in ‘A Season of Classic Films’. The initiative offers free access to European archival films, connecting the public with cinema history and the preservation of film heritage.

Speaking about the film’s digitisation and digital exhibition by the Irish Film Institute, Kasandra O’Connell said, ‘The IFI Irish Film Archive is delighted to be part of A Season of Classic Films which has afforded us the opportunity to digitise and share She Didn’t Say No, a film that playfully comments on Irish societal attitudes to non-traditional family structures. It’s also a beautifully made film employing a rich Technicolor palette and a strong cast of Abbey Theatre actors.‘

The IFI preserves a 35mm film print of She Didn’t Say No!, which had been struck from the negative held in Technicolor, in 2003. The excellent quality of the source material meant that following digitisation, few interventions were necessary. A small amount of surface dirt and a few scratches to the emulsion of the film (acquired during cinema screenings) were the main concern and these were easily digitally removed by the restoration team resulting in this beautiful digital print which is presented as part A Season of Classic Films.