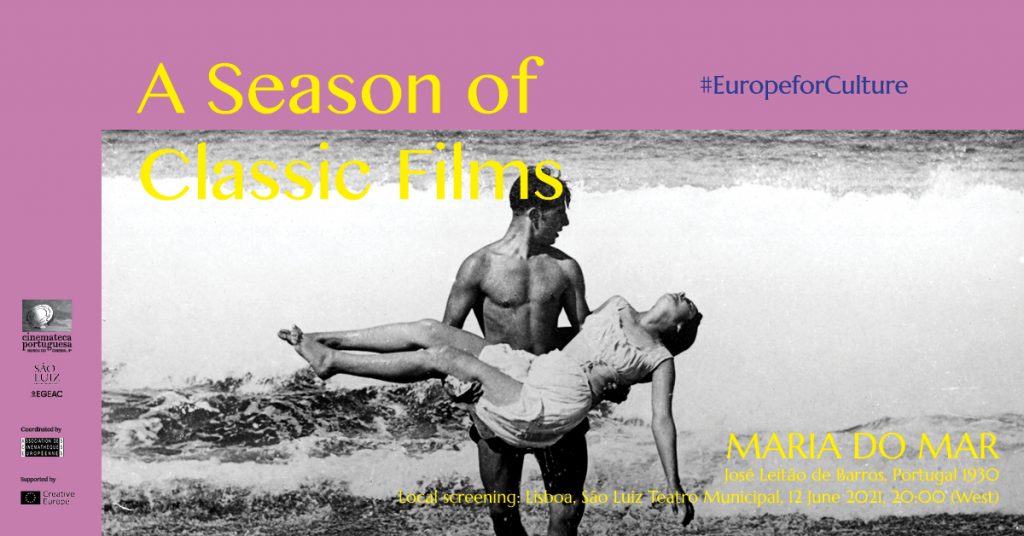 Cinemateca Portuguesa joins A Season of Classic Films with the premiere of the new digital restoration of Maria do Mar (Leitão de Barros, 1930), the masterpiece of Portuguese silent cinema, on Saturday 12 June at 20:00 WEST, in the centennial venue Teatro São Luiz (Lisbon) and accompanied by Bernardo Sassetti’s musical score, commissioned by Cinemateca and performed live by Orquestra Sinfonietta de Lisboa. There will also be an online screening on 23 June.

Maria do Mar is a local synthesis of the European film avant-gardes of the 1920s, combining the boldest formal composition and montage, with an inquiring ethnographic look at the fishing community of Nazaré (now world-famous after its inclusion in the big-wave surfing circuit). Its balanced mix of modernity and tradition, as well as its deliberate conflation of the documentary and the fiction modes of representation, make it a founding moment in the history of Portuguese cinema, and a landmark of the European film heritage.

A Season of Classic Films is a series of free screenings across Europe. The initiative is coordinated by the Association des Cinémathèques Européennes (ACE) and is supported by the European Commission’s Creative Europe MEDIA programme. The films are presented by 22 members of ACE with the aim to increase visibility to the richness of their collections and raise awareness of film preservation and culture, especially among young adults.