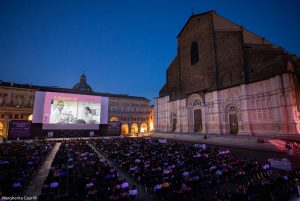 Starting on 21 March 2022, ARTE will present in collaboration with the Association des Cinémathèques Européennes (ACE) a diverse programme of European films with a focus on modern film heritage. As part of this programme, ARTE licensed feature films from ACE’s A Season of Classic Films catalogue that consists of newly-restored distinguished titles and less known gems (see catalogue here).

The programme will premiere with La Strada in primetime in combination with the launch of selected films by ACE on ARTE’s digital platforms. New film titles will be added on a monthly basis. Each film will be available for free for 90 days, Europe-wide, with subtitles in English, French, German, Polish, Italian and Spanish.

The titles from ACE’s A Season of Classic Films catalogue include: The Man who had his hair cut short (1965, André Delvaux) – Royal Belgian Film Archive, She Didn’t Say No! (1958, Cyril Frankel) – Irish Film Institute, Derborence (1985, Francis Reusser) – Cinémathèque suisse, The Wayward Girl (1959, Edith Carlmar) – Norwegian Film Institute, and The Death of a Horse (1992, Saimir Kumbaro) – Albanian National Film Archive. These films will be complemented with additional titles co-curated by ACE member institutions. ACE facilitates the selection and acquisition of archival films in high-quality digital remastered versions, which are provided together with curated texts and contextual information. A video trailer and the full programme will be published in the beginning of March.

The ACE-ARTE partnership aims to make European film heritage and cinema history more visible and accessible to greater audiences. The initial timeframe for this programme is planned until the end of 2023, with a hope to extend this collaboration in the longer term to jointly offer restored films on TV, web and cinemas.

A Season of Classic Films is a programme supported by the EU Creative Europe MEDIA programme.